You are here: Home News Update on Glassingall proposals 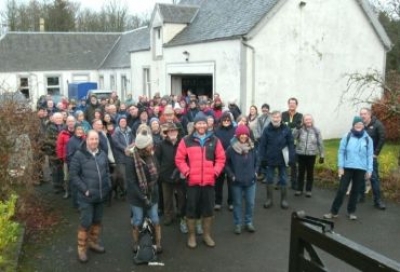 Guided Walk attracts 120 people
On Saturday 4 January 2020, a group of around 120 people met for a guided walk on the historic Glassingall Estate; 5km north of Dunblane. The walk was organised by Glassingall Residents Association (GRASS) with walkers from Glassingall, Kinbuck, Ashfield, Braco and Dunblane. Among them were historians, naturalists, local and community councillors.

The walk was organised in response to plans by Glassingall Estates Limited to build a 135-unit chalet park on the estate. The Stirling Observer first reported on the proposals by Ann Gloag to develop a 135-chalet park and residential activity centre on 28 August 2019: ‘Tycoon is behind outward bound bid’.

Jo Bicheno, who inspired the idea of the walk, said, ‘We wanted to do something positive as a community. We kept bumping into people that were upset about the proposed development. They were concerned that the community would lose a valuable place where they come for peace and relaxation. We wanted locals to see the wonderful things we see every day before they are gone.’

Glassingall Estate is one of only a few areas in the Allan Water catchment that has Ancient Woodland. Many protected species have made the estate their home including bats, red squirrels and water voles. There are also nesting birds on the RSPB ‘red list’ including barn owls and song thrushes.

Noted historian Dr. Alastair Mann said, ‘The appeal of Glassingall is broader than the natural heritage as impressive as this is. The history of the estate dates back almost 2,000 years, as the World’s oldest Roman frontier road lies within Glassingall. This connected Rome to the Roman Fortress at Inchtuthill, Perthshire. It is a testament to Roman engineering that the road remained in use for the next 1,700 years and it is truly incredible to imagine in whose footsteps you are walking - Agricola, Macbeth, Robert the Bruce, William Wallace and Rob Roy to name but a few.

Alastair went on to say, ‘We have uncovered an 18th century map that shows that the Jacobite Army marched along this road on the eve of the Battle of Sheriffmuir in 1715. It was in Glassingall Estate that they camped, on either side of the road, before the battle. Historic Environment Scotland’s map shows that the Jacobite army mustered at Glassingall on the morning of the battle and it is here where the left flank fled, following the battle. Glassingall, with its open views on to Sheriffmuir, is crucial to our understanding of the Battle of Sheriffmuir.’

With a history of such provenance, one thing we can be certain of is that Glassingall Estate has undiscovered archaeology and preservation of the area is a matter of both national and international importance.

Glassingall is the third large-scale development being pursued by Ann Gloag in the Dunblane area. Both previous proposals were met with widespread opposition and going by the number of people that turned up on a cold and windy January morning, it looks as if the tycoon’s latest venture will be no less controversial. 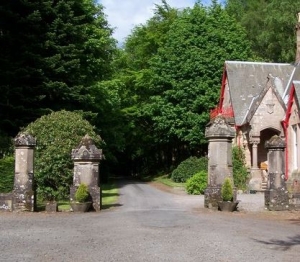 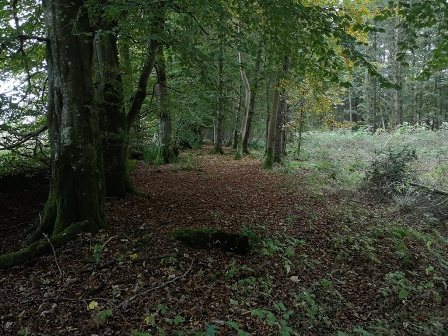