Those interested in Scottish Jacobite history, may like to visit the scene of the battle of Sheriffmuir 1715. An obelisk monument to the Clan Macrae erected in 1915, stands on the battlefield. A short walk from the monument is the Gathering Stone - a block of grit, enclosed in an iron cage since 1840, where the standard of the Scottish clans is said to have been placed. If you carry on along the road you will arrive at the Sheriffmuir Inn, a child-friendly hotel which is a lovely spot for lunch or dinner. 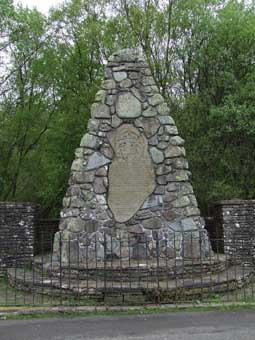 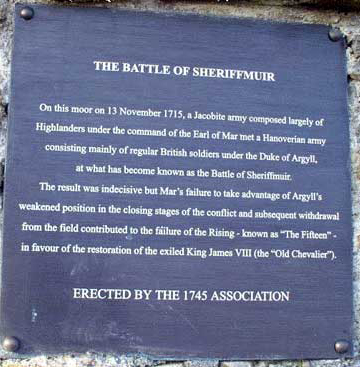 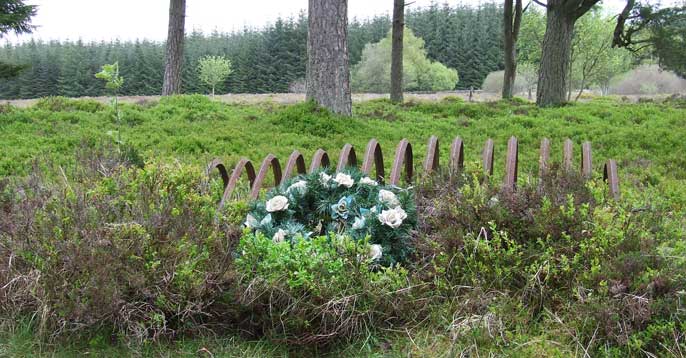 Sheriffmuir lies at the western end of the Ochil Hills massif – gently undulating hills which continue east into Clackmannanshire and north and east into Perth & Kinross.  The highest point is Ben Cleuch at 721m.  The smooth rounded hills are fissured by glens and burns, whilst on the high tops there are extensive areas of boggy peat  where the waving, fluffy, white heads of bog cotton can be seen in the summer.  Around Sheriffmuir, there are also extensive areas of conifer plantations, though native broadleaved woodland occurs along the glens and burnsides.  There are good populations of our native red squirrel in the area – not always easy to spot as it is much shyer than the ubiquitous grey squirrel, though its presence can be confirmed from finding the distinctively gnawed conifer cones.

Dumyat is a popular, short, hill walk affording great panoramic views across the surrounding countryside.  Around Dumyat the rare and lovely sticky catchfly plant grows in one of its few Scottish locations.  Curlews, grouse and skylarks can be both seen and heard on these hills in summer, whilst buzzards frequently circle overhead and red kites, with their distinctive forked tails, are occasionally encountered.  Peregrines are also found in the area. The Ochils Landscape Partnership works with local people to conserve and celebrate the heritage of the Ochils and Hillfoots. 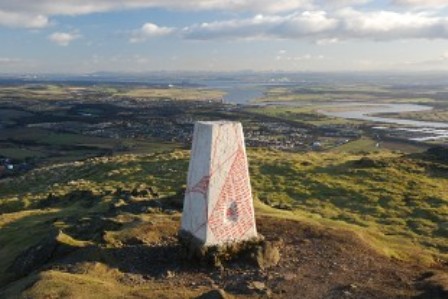