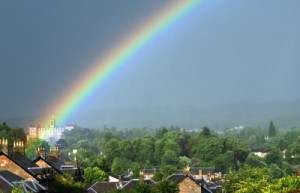 Submit your best photograph taken on the hill to This email address is being protected from spambots. You need JavaScript enabled to view it. by Saturday 31st May, and win!

There will be two categories: under 16, and 16 and over. The competition will be judged by international photographer Christian Ziegler. Don’t forget to give your contact details in the email, and to attach the photograph!

Christian Ziegler is a photojournalist specializing in natural history and science-related topics. He is a regular contributor to National Geographic magazine and has been widely published in other magazines such as Geo, Smithsonian, and BBC Wildlife. A tropical ecologist by training, Ziegler has worked in tropical rainforests on four continents, and for the past ten years has been an associate for communication with the Smithsonian Tropical Research Institute (STRI) in Panama.

Read 721 times
More in this category: « Update on Tesco car park and traffic lights at Springfield Terrace Can you help Knit a Tepee? »
back to top