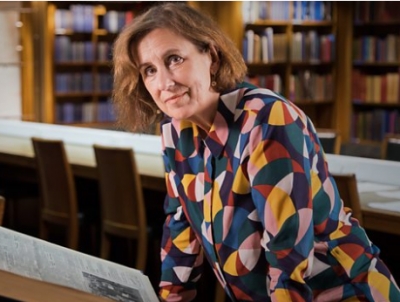 I hope you don't mind me writing to this email address out of the blue.  I am a series producer working for Two Rivers Media and I am writing in an attempt to notify the local community in Dunblane about a documentary series that is currently being broadcast on BBC Scotland, an episode of which makes mention of the tragic events of 1996.  The series is called The Years That Changed Modern Scotland and is being broadcast on the BBC Scotland Channel.  The series looks back over the last 50 years in Scotland, to explore how the way we live, work, play and vote has changed.  It is presented by Kirsty Wark and two episodes covering the 70s, 80s and early 90s have already been broadcast.  Our 3rd episode is due to be broadcast next week on 19th January at 22:00 on BBC Scotland, and will be repeated the following day, 20th January, at 20:00.  This programme covers the period from the early 90s up until 2008, and while it does not focus on, or go into detail on, the events in Dunblane, it does mention what happened and also makes mention of the Snowdrop campaign and the changes to gun laws the followed.  This is done through the use of news footage from the time.

I wanted to make efforts to let people in Dunblane know about the episode but have been unable to establish whether there is a community group or network that would be best to contact.  I am therefore contacting you to ask whether there might be an appropriate way of passing this message on to those who might want to be made aware.

If anyone has any questions about any of the above, please don't hesitate to contact me on this email address.

Catherine Abbott
Series Producer, Becoming Scotland
E: This email address is being protected from spambots. You need JavaScript enabled to view it.

Read 788 times
More in this category: « Have a of read of latest Community Response Bulletin Dunblane Area Maps Update & Survey »
back to top