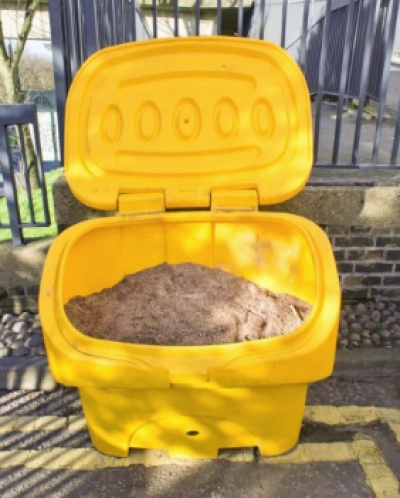 From the Secretary, Dunblane Community Council

The Community Council has received comments/complaints from a number of people
about the lack of salting/gritting of the pavements and footpaths around
the town  Certainly some of those I use are quite icy  The road gritter
seems to have been round but pavements seem to have a lower priority.

We were not sure if the pavement gritter has been out - there is not a
lot of evidence that it has been.  Our chair, David Prescot, asked
Graham Houston, our elected member of the administration of SC and posed
the questions:

*  What has happened? - has the Council changed its priorities?

*  Given the priority being given to Active Travel and the critical
importance of avoiding fall injuries to reduce the load on our hospitals
(and reduce the risks of people catching Covid in hospital)  then
gritting and salting the pavements seems like a critically important
task.

*  I understand that some community volunteers have been out in places,
especially where there are vulnerable people but there is not a lot of
grit for them to use - and with DIY stores shut less chance of getting
some.

I also have had some people in touch with me and I did notice that the
pavement on the High Street  just at the library was particularly bad.

The pavement tractor has been doing the usual route in the early
mornings but I think it did miss one day last week and I am still
waiting to hear the reason for that.  I reported it at the time to Bruce
Reekie.

We moved to priority 3 treatment on Wednesday and as of yesterday we
will have had a period of 120 hours adverse weather and a 5 day weather
forecast predicting severe weather wintery conditions which means the
treatment moves to priority 4 routes.

Priority 4 routes cover the remainder of the public road network. Within
Priority 4 routes; priority will be given to locations such as difficult
junctions, gradients, bends or short, sharp incline, together with
reasonable lengths of carriageway adjacent to these specific problems.
I have asked Bruce Reekie if a drop of salt/grit mixture could be
deposited at the Millrow Car park for the public to help themselves as
it looks like this cold spell with be with us for a few days yet.

I attach the detailed policy covering the implementation of the various
priorities which I hope Is helpful.