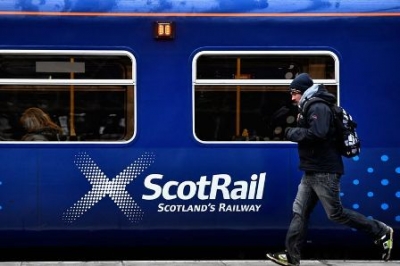 Work to electrify the Glasgow to Aberdeen line will mean disruption for rail travellers leaving Glasgow Queen Street station over the next two months. Electrification work at Dunblane, Stirling and Alloa means that coaches will be laid on for rail travellers over eight Sundays starting from this Sunday, September 2. Services will be disrupted over the months of September and October, on Sunday, September 2, 9, 16, 23 and 30 as well as Sunday, October 7, 14 and 21. Trains travelling from Glasgow Queen Street to Aberdeen/Inverurie will be diverted (via Fife), with buses replacement services in operation between Falkirk High and Dundee calling at intermediate stations. And trains travelling from Glasgow Queen Street to Inverness will be diverted (via Fife) and will not call at Larbert, Stirling, Dunblane & Gleneagles. Buses will operate between these stations and connect into train services at Perth. 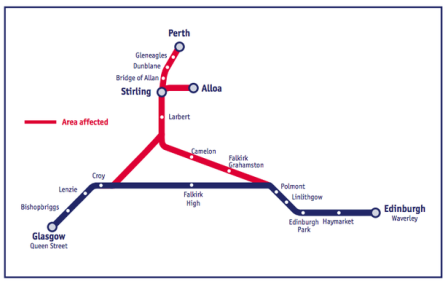 The routes set to be affected

Meanwhile, replacement buses will also be in operation for people travelling to Alloa and Elgin from Glasgow Queen Street on the dates above, with buses between Falkirk Grahamston and Alloa and, with respect to the Elgin route, train services starting from Perth, with buses in place between Falkirk High and Perth. Scotrail are advising that journey times will be increased and replacement buses may arrive/depart earlier or later than advertised train times.

Read 99 times
Tweet
More in this category: « Rail Electrification Update October 2018 Plans for Service Station + Hotel on A9 North by Balhaldie »
back to top