Want to speak to your local Councillors about Council issues?

Come along to your Councillor’s surgery –  no appointment needed …. all welcome.

As these surgeries will take place within the venues noted above, it is required that

all attending adhere to the Covid safety precautions in place at the venue.

Councillor Houston on 01786 233129 or This email address is being protected from spambots. You need JavaScript enabled to view it.

Councillor Tollemache on 01786 233121 or This email address is being protected from spambots. You need JavaScript enabled to view it.

Councillor Majury on 01786 233119 or This email address is being protected from spambots. You need JavaScript enabled to view it.

Councillor Dodds on 01786 233113 or This email address is being protected from spambots. You need JavaScript enabled to view it.

or write to them at Stirling Council, Viewforth, Stirling, FK8 2ET 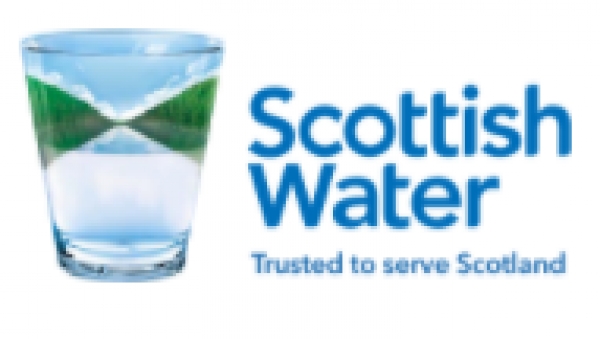 If you're curious as to what the work is going on beside the dual carriageway opposite Duckburn then it looks like it's to do with an upgrade to sewers and flood defences in Dunblane.  The full details from Scottish Water are https://www.scottishwater.co.uk/In-Your-Area/Investments-in-Your-Area/Clarendon-Place-Dunblane 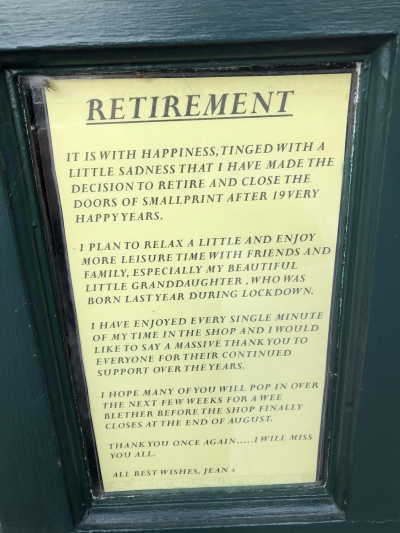 Jean from Smallprint has announced her retirement.
The shop closed at the end of August

Dear Jean,
From everyone in Dunblane, many thanks for all your years serving your local community.
Enjoy a very happy retirement with your family & friends. 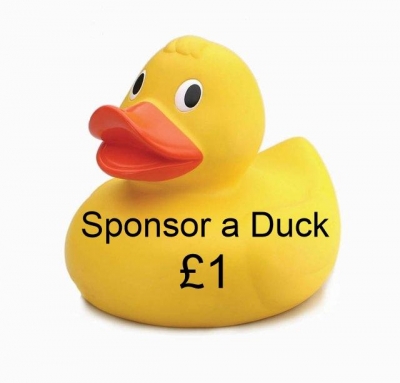 It's time to get your duck for the annual Rotary Duck Race!

This year's Duck Race will be held on the Allan Water from 2pm till 4pm, starting from the Fairy Bridge and finishing down at the Drying Green.

DUCKS are ON SALE NOW for this fantastic family event, for £1 per duck, and you can buy your duck(s) - either online at or in person through members of the 25th Stirling (Dunblane) Boys' Brigade in partnership with Rotary Club of Bridge of Allan and Dunblane.

Duck sales will also be held at the Bridge of Allan Co-op on Saturday 21st - Sunday 22nd of August and at the Dunblane Co-op on Friday the 27th of August (between 5pm - 7pm), or at Dunblane Tesco on Saturday 28th and Sunday the 29th of August. 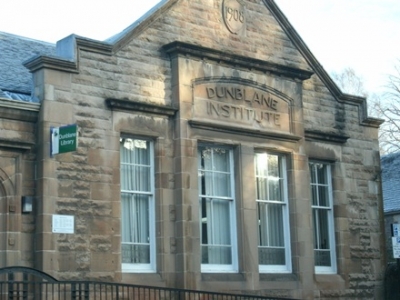 Dunblane Library has a new timetable from Monday 16 August

They are more or less back to normal now and no appointment needed to visit.

Late nights will be reintroduced on 1 September. 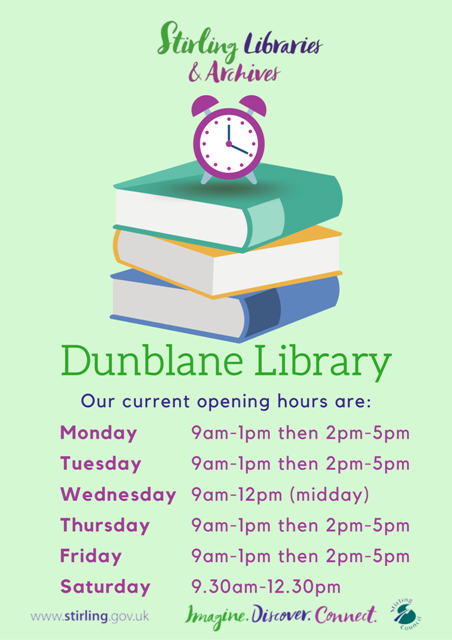 Outdoor classroom built in Dunblane in memory of former headteacher 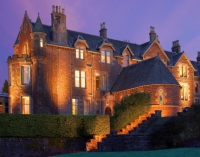 Update on Park of Keir 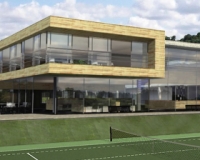 This is an article from Inside Housing

The process for securing required community benefits from the proposed Park of Keir development is nearing conclusion, Stirling Council has confirmed.

The council said it has received the signed Section 75 agreement from the applicant, which covers a range of requirements the developer is legally obliged to deliver as part of the revised proposal.

In line with the council’s last decision on the matter, the agreement now requires to be reported to the council’s Planning and Regulation Panel for final scrutiny.

This is scheduled for the next meeting of the Panel on August 3.

The initial application for the Park of Keir Development, which included a proposed tennis, golf, recreational and housing development near Dunblane, was rejected by Stirling’s councillors in 2015.

Following an appeal and subsequent Public Local Inquiry, Scottish Ministers issued a Notice of Intention to approve the development in 2017, pending agreement between the applicant and the council to secure:
* Affordable housing
* Education contributions
* Community access to the tennis facilities
* An agreement that no further residential development takes place on the site.

After extensive negotiations, the applicant has now signed and submitted this agreement, which will be reported to the next available meeting of the Stirling Council Planning and Regulation Panel.

A Stirling Council spokesperson said: “The council has secured a final extension to the negotiation period to ensure final scrutiny of the document and to keep our communities informed.

“While agreements such as these are confidential documents, a report outlining its contents will be presented to the Panel to ensure transparency. Local ward members will also be given the same opportunity to scrutinise the agreement.”

Here is an article from the Stirling Observer

This is an article from the Irish Times

Corkman Msgr Basil O’Sullivan (88), parish priest of Holy Family, Dunblane, and Our Lady of Perpetual Succour, Auchterarder, in Scotland, was on his way to meet his bishop on the morning of March 13th, 1996, when gunman Thomas Hamilton entered the local school and opened fire on a class of five year olds. In the deadliest mass shooting in British history, he shot 16 children and their teacher dead, injuring 15 others.

“I had a meeting that day with the bishop but I passed the school that morning having no idea what had happened. It was already over. I saw no sign of any activity. So when I met the bishop, he said you had better go back straight away. I went straight back. It was a pretty harrowing time.”

“It’s burned into the memories of everyone involved. I had to bury two of the little boys. Of course some of the children were injured as well, I had to look after them too in hospital. For the town to get back to normal it took well over a year or so.”

He was chaplain at the nondenominational school. “We had three chaplains, two of them were Protestant of course and I was the Catholic one. They made no distinction. We worked as a team. It was a very happy ecumenical arrangement. They were colleagues.”

He agreed that, sadly, the massacre is what Dunblane is best known for, before adding, “It’s famous for Andy Murray, too.” The tennis player was a nine year old at the school then. Canon O’Sullivan, however, has never met him.

In 2012, his experiences at Dunblane prompted him to contact Msgr Bob Weiss of St Rose of Lima parish at Newtown, Connecticut in the United States when gunman Adam Lanza killed 20 children and six teachers at the Sandy Hook elementary school before killing his mother and then himself.

“I emailed him and he emailed back and I went across for the first anniversary of the shooting,” Msgr O’Sullivan said. A concelebrated Mass they held then to mark the Sandy Hook anniversary featured in a film, Lessons from a School Shooting: Notes from Dunblane, which went on later to win the best short documentary award at the Tribeca Film Festival in New York.

As a priest, Msgr O’Sullivan has only ever served in Scotland but never lost his Cork accent. Indeed, and not untypically of people from that county, when asked whether with the name O’Sullivan he was an Irishman, he responded: “..a Corkman, from Blackpool in Cork, same area as Jack Lynch came from.”

He was “the youngest of nine, all gone to heaven”. After attending primary school at the North Monastery, he went to St Finbarr’s diocesan college at Farranferris as a day boy before heading to All Hallows seminary in Dublin.

It was “always a college for sending people overseas, a missionary college founded by a Dublin priest, Fr John Hand, way back in 1840, or thereabouts. That’s how I ended up in Scotland. At that time, there seemed to be plenty of priests in Ireland. I went there at 18, a callow youth,” he said.

He recalled how “33 of us were ordained together, happy days”, by another Corkman and All Hallows alumni, then auxiliary bishop (later bishop) of Honolulu, John Joseph Scanlan.

Of his 33 colleagues ordained that day “13 went off to the States, 11 went off to England and Scotland, five to Australia and New Zealand, four to South Africa, they divided up like that”.

He was sent to Dundee in Scotland “and after that I was sent off to Rome to study canon law. I spent some years in the Scots College there, then back to Dundee. I was sent around the place over the years. I’m here in Dunblane for a long time, 33 years, that’s a long time.”

Indeed it is, and though Catholic priests can retire at 75, he has continued to minister. “The bishop was particularly keen for me to stay on and I was keen myself. I was quite happy to stay on. I didn’t want to look at four walls.”

Similar restrictions on public worship due to the pandemic have applied in Dunblane, as in Ireland, and even when allowed they have resorted to “Mass on the lawn” as “our churches are small, so social distancing would make it impossible to accommodate a congregation”.

In a tribute, his bishop Stephen Robson said Msgr O’Sullivan had “always been there for his people, through thick and thin, serving with fidelity and love” and was always a comfort to “those who still mourn the terrible attack on Dunblane primary school in 1996 and to help heal the memories of that tragic day”.

For his own part, and 89 years old next month, Msgr O’Sullivan hopes to stay on in Dunblane. “A lot depends on the bishop,” he said, but he has no plans to return to Cork. “I’m too long away and all my siblings are gone to heaven.” As for losing the accent. “No, that wouldn’t do would it? My Cork accent will never leave me,” he said.

There is chat about the possibility of Aldi setting up in Dunblane.

Due to a lack of volunteers, this will initially be on Saturdays only from 10.30 to 3.30

Dunblane Home is Scotland's Home of the Year Finalist!

A Dunblane house has reached the final of Scotland's Home of the Year Show.  The final will be this Wednesday on BBC Scotland followed by Monday on BBC1.  The house has wowed judges by its collection of 70s furniture and artefacts.  It has also made amazing use of access to wooded areas behind the house.  You may recognise the location from the programme, but we're not planning to give anything away!