Gold Post Box takes a tumble but back up within 24hrs 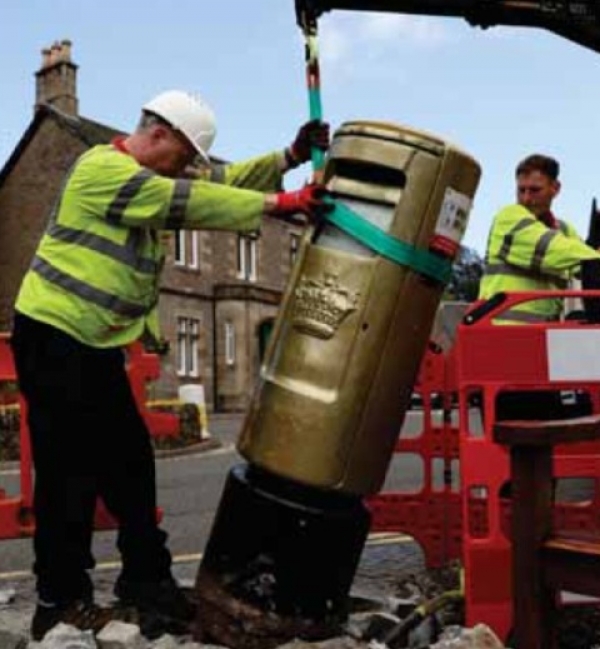 Tuesday 23rd : The Post Box is back where it should be! An amazing effort! 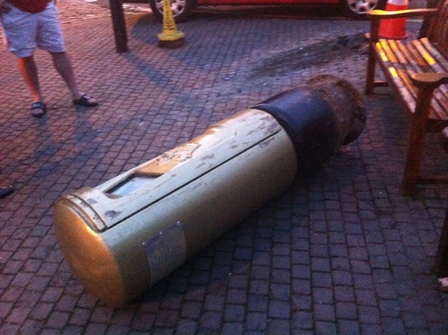 Road Works in August in Dunblane 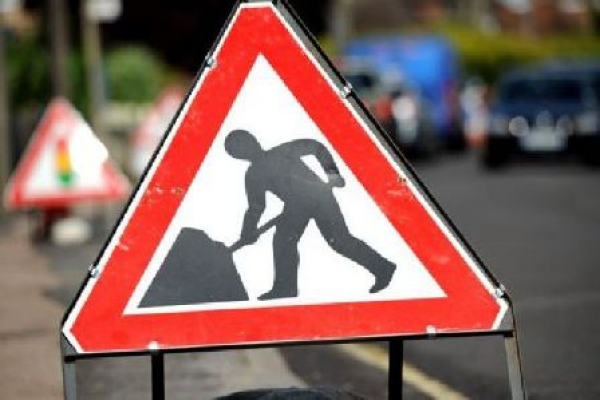 Go to the Webpage 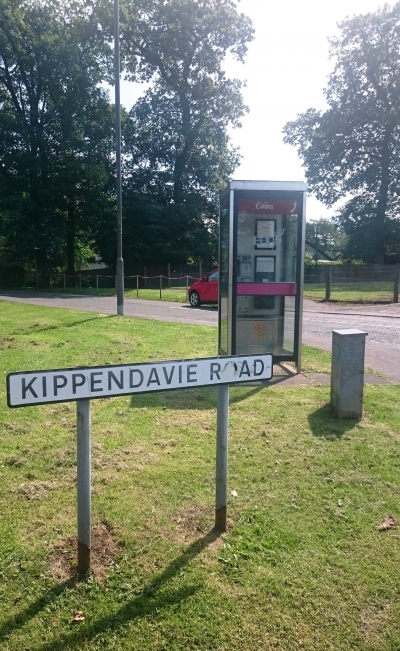 BT have a proposal to remove one telephone box in Dunblane - Kippendavie Avenue used 19 times in the last 12 months.

Contact the local authority if you have any comments.

Vote at Tesco for 3 new projects 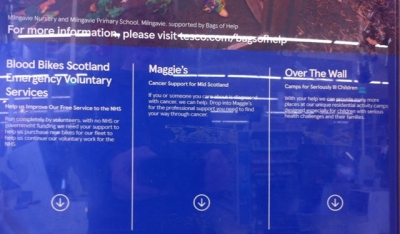 3 new projects for July and August

Read more about Tesco Bags of Help in Dunblane 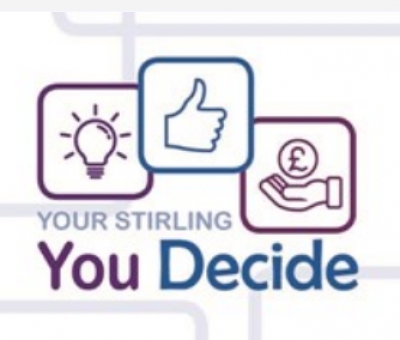 From the Stirling Observer ...

The winning projects in Your Stirling:You Decide range from the creation of cycle networks and park upgrades, to the installation of an outdoor gym and road improvements.

Council chiefs offered £700,000 of investment spread evenly across each of its seven electoral wards as the participatory budgeting was rolled out across the area for the first time.

More than 760 ideas were submitted from across the area after Your Stirling: You Decide was launched in March this year.

These were whittled down to 193 projects that went through to the voting stage and anyone of high school age who lives in the area could take part. By June 23, the number of verified votes tallied at 4,161, with a weighting system deployed by the council aimed at ensuring smaller communities were given parity with areas with a larger population. Residents had five votes each for the proposals in their ward – which all had to be used to make their ballot valid.

In Dunblane and Bridge of Allan ward, £100,000 will provide accessible toilets and an outdoor gym, both in Dunblane, with the projects attracting 248 and 246 votes respectively.

See the other projects that were proposed 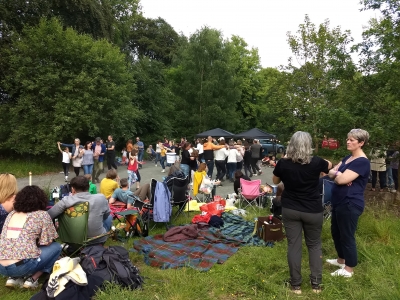 First to go in late afternoon was "A Midsummer Night's Dream" performed by Rubber Chicken Theatre.  This was really well received with the young actors performing in the woods.  Later in the evening, Ceilidh Minogue struck up and couples and families alike were swirling round the dance floor.  The stone chip dance floor was laid over the tennis court that belonged to the old house, but there are ambitious plans to build a more permanent venue for the future.  A quick thinking organiser realised that the surface wouldn't be ideal for the ceilidh band so ripped a carpet out of a "No Plastics" shop being refurbished in the High Street and upcycled it as a stage.  All in all, a lovely evening was had and the event showcased a venue for Dunblane that will surely host some amazing nights in the future.  Thanks go to the Carman Family Foundation and community volunteers who helped make it such a success. 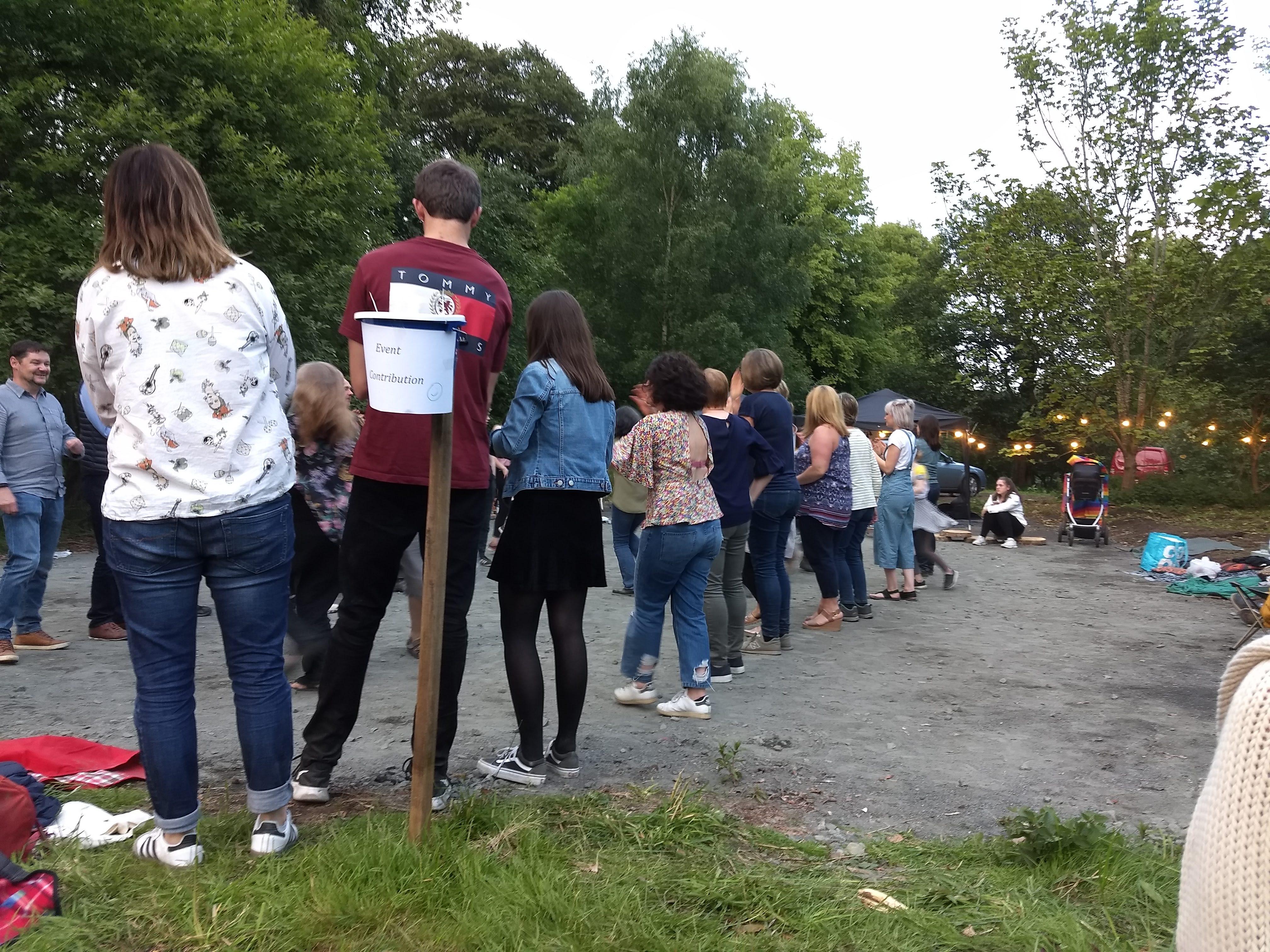 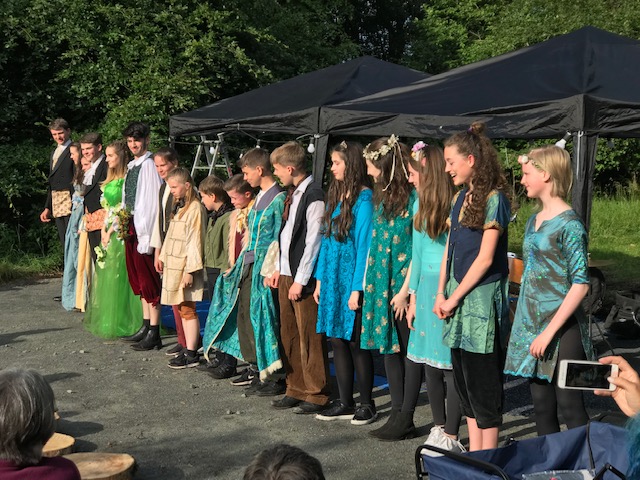 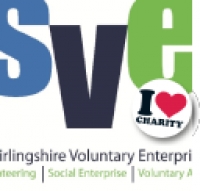 The Ideas Innovation Improvement Fund has re-opened for a further round - the deadline is 26 July 2019.

The Clackmannanshire and Stirling Health and Social Care Partnership has allocated funds from the Integrated Care Fund (ICF).

Grants will support the development of new or existing third sector initiatives which build capacity within communities in order to encourage health and wellbeing. 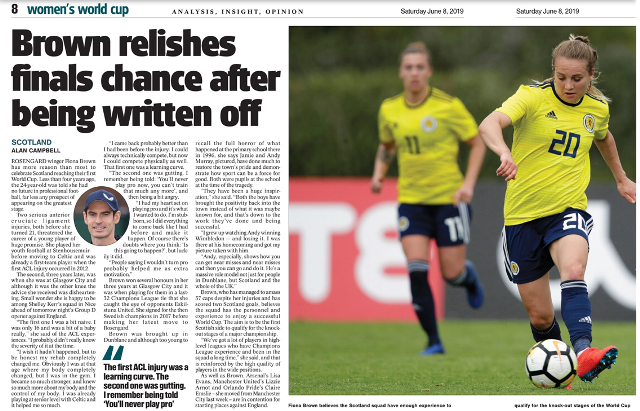 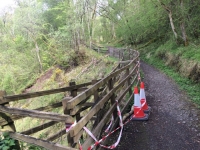 Since closing as a road for vehicles in 1987 due to landslips between Dunblane and Bridge of Allan, both communities have fought hard to retain this popular walking, running and cycling path.

In 2011 the communities came together (via Dunblane Development Trust & Bridge of Allan Community Council) with engineering advice from IKM. We matched funds with Sustrans to rescue this core path and link the national cycle route 765 between our communities, in cooperation with SNH, Stirling Council and 3 landowners.

Since then volunteers have managed the drains and vegetation, with support from Stirling Council for larger fallen trees, but now the concern is that some areas of the path will be lost to erosion without urgent attention this year.

So our volunteer engineer, Ian from IKM Consulting, has provided advice and proposals which have been approved by SNH, Stirling Council and landowners, and we are sourcing funds from Sustrans, Clackmannanshire and Stirling Environment Trust, Scotways and Community Pride. However we have a shortfall of around £5000 – hence this public appeal.

We have set up an Old Glen Road Path appeal page with Kindlink – a free fundraising platform for charities, via Dunblane Development Trust who are managing the funds for the project. Donate at;
https://www.kindlink.com/charity/dunblane-development-trust/1953/fundraising

If you use the route and want it to be retained please donate so we can complete the work this year and minimise costs.

Thank you very much! 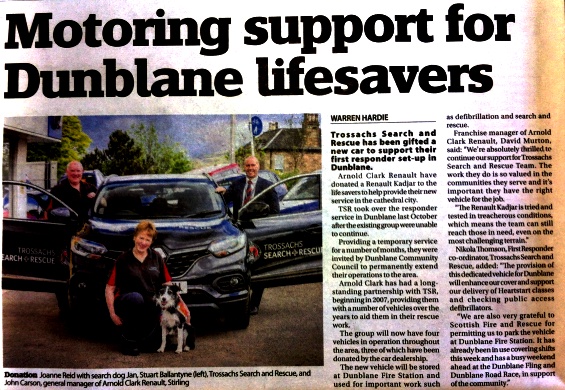 A public meeting was held on Wednesday 24 April in the Braeport Centre. The meeting was jointly sponsored by Scottish Ambulance Service, Trossachs Search & Rescue and Dunblane Community Council.

What are First Responders?
First responders attend emergency calls prior to the arrival of an emergency ambulance in order to provide lifesaving treatment, stabilise patients and promote recovery.

They receive training from the Scottish Ambulance Service that qualifies them to respond to a variety of life threatening conditions.

On duty personnel are dispatched by the Ambulance Control Centres after an emergency ambulance has first been directed to attend.

Who are Trossachs Search & Rescue (TSAR)
TSAR already provides a First Responder service in Stirling’s rural areas including Doune and Callander. Read more at https://www.trossachs-sar.com/. The group was invited by Dunblane Community Council to expand their area of operation to include Dunblane

Stirling Council's cross party School Holiday Meals Provision Task Group has been working to develop a Stirling model of school holiday meal provision and activities, with a particular focus on tackling poverty and disadvantage. The group has asked that we send out a survey to local community groups and organisations to find out what holiday clubs are operating across the area. This will help us to map out existing provision and to see where there may be scope to support existing holiday clubs or to encourage the establishment of holiday clubs in areas of unmet need.

The link to the survey can be found here: http://bit.ly/HolidayFoodStirlingCouncil2019

This will help the task group to map out existing provision and to see where there may be scope to support existing holiday clubs or to encourage the establishment of holiday clubs in areas of unmet need.

The Dunblane Fling : This Saturday 25 May

Shakila K hosts charity concert in Dunblane to honour Sir Andy Murray Fresh from opening for 1990s boy band, East 17, the 21-year-old Hertfordshire songstress, Shakila K, is hosting a charity concert in Dunblane to honour the town’s famous son, Sir Andy Murray. This concert - taking place in Dunblane’s Victoria Hall on 14th July - coincides with Wimbledon Men’s Final Day. This concert marks Shakila’s performing debut in Scotland – although she is no stranger to the country as a visitor.Shakila, who’s currently working on her debut EP, commented, “I’m thrilled to be performing in Dunblane in honour of Sir Andy Murray. It’ll be a highlight of what’s turning out to be an exciting and enjoyable year for me, artistically.“Sir Andy’s a living legend and, like many others, I was very sad when I heard he might retire this year - saying his ‘goodbyes’ to his fans at the Wimbledon Championships. I hope he doesn’t retire but, whatever he chooses to do, I thought it’d be wonderful if I could do something in Dunblane to celebrate Sir Andy’s impressive list of achievements.“Since he’s still the reigning Olympic Champion, having won gold at the 2012 London Olympics and retaining the title at the Rio Olympics, I’ll be singing my London 2012 Olympic tribute song, ‘Thank you for the sunshine’, in the Dunblane concert.“I’m sure the concert will be a great event and it’d be great to find, on the night, a hall packed with people wanting to celebrate Andy Murray’s many achievements so far.”Shakila, who will soon be announcing some local acts to perform alongside her at the concert in Dunblane, is donating all the profit from ticket sales for this concert to the Victoria Hall.

About Shakila Karim Shakila Karim, 21, (@1Shakila) was born in Whitechapel, east London, in November 1997 at the Royal London Hospital and completed her primary school education at Gatehouse School in Bethnal Green. She is currently completing her studies at The Institute of Contemporary Music Performance (ICMP) in London.Shakila plays the piano, ukulele and drums – and has played the violin and recorder. She has been influenced by many great singers - notably Freddie Mercury, Stevie Wonder, Elton John, Madonna, Lady Gaga, Mariah Carey, Amy Lee, Avril Lavigne and Christina Aguilera. Shakila has many interests in the arts including dancing, fashion, painting, acting, sports and photography. She has her sights set on being the first chart topping pop star of Bangladeshi origin.Thank you for the sunshineThank you for the sunshine was a song recorded and released by Shakila as a tribute song for all the people who made the London Olympics a huge success in 2012. This included everyone from the athletes to the volunteers. https://soundcloud.com/karim-ullah/2012-11-27-thank-you-for-the

Holmehill : Archeological Dig on Monday 20 May

Murray Cook from Stirling Council is conducting an Archeological Dig on Monday 20 May on Holmehill.

If you are interested contact Murray on This email address is being protected from spambots. You need JavaScript enabled to view it.. You are welcome to come and watch