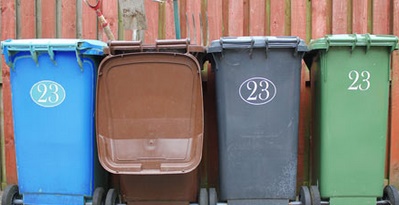 In Dunblane there is always a large number of development projects being planned; some of these will lead to planning applications being submitted to the Council.

Find an Application : If you have a reference number, you can access information on a planning application on the Council’s website.

Older Applications : We have a database of older Dunblane planning applications (upto 2017), which enables you to locate reference numbers for previous years. Up to September 2017, the Community Council produced an update about recent and ongoing Planning Applications. Find the updates here.

The Local Development Plan defines the priorities for future development and will have major implications for Dunblane. General information on the LDP can be accessed here.

The Stirling Local Development Plan was adopted in September 2014. It covers the period to 2024 Read about it here

Stirling Local Development Plan : Update for Communities – July 2015 Work has already begun on a new plan that will replace the LDP adopted in 2014. In August 2015, the Council published a Main Issues Report. The Main Issues Report was approved for consultation by the Council in June 2015 and is the first formal stage in preparing a new Local Development Plan. It is an important opportunity for everyone to shape this new plan. Read the Update  The LDP consultation for Dunblane was held on 22 August 2015 in the Dunblane Centre.

Proposed Services, etc on A9 North by Balhaldie : Proposed roadside services comprising Petrol Filling Station, Truck Stop, Restaurants and Drive-thru, Amenity Building, Hotel (Class 7), landscaping, access and ancillary works. The planned development is at Firs of Kinbuck on the A9 Northbound some 500 metres South West of Balhaldie.  The Planning Application reference is 19/00243/PPP.

Glassingall Estate : Glassingall Estates Ltd and Active Stirling have submitted to Stirling Council a Proposal of Application Notice for the development of 135 bespoke holiday lodges and a purpose-built residential activity centre on the Glassingall Estate near Dunblane. The Planning Application reference is PAN-2019-004.
Public Exhibitions are due to be held where members of the development team will be in attendance to provide information and answer questions that the local community may have.
Kinbuck Village Hall, Kinbuck, Tuesday 22nd October 2019 (4pm – 7pm)
Victoria Hall, Dunblane, Wednesday 30th October 2019 (3pm – 7pm)

Park of Keir PAC : Park of Keir PAC : A tennis and golf centre and residential development is proposed by housebuilders A L King, along with Judy Murray, on the 270-acre site at Park of Keir. The development would include a number of houses (it was 100, reduced to 19 in June 2015), 12 tennis courts, a 6-hole golf course, a café and a hotel. Links : The Herald 04 October 2013; The Courier 29 June 2013; Stirling Observer 2 April 2014 (Cover story + continuation); the Park of Keir website; New planning application14/00455/PPP July 2014; Stop Park of Keir petition. Revised Planning Application June 2015. Herald article from RAGE (1 August 2015). The revised Planning application was refused by Stirling Council in December 2015 . An appeal against the refusal was lodged on 7 March 2016. Go to the Scottish Government website to read the case outline. Read the appeal letter and the grounds for appeal statement; 04May16 Stirling Observer article on launch of appeal. Email about Save Park of Keir's petition. Petition sent to Scottish Parliament read the article from the Dundee Courier. 31 August 2016. A Public Inquiry was held in Dunblane in September 2016 - read the News items posted at the time. In January 2017, the Reporters report on the Inquiry was made available to Scottish Ministers who will make a final decision in due course! Speaker of the Commons, John Bercow, has commented on the application - read the Community Council response. In September 2017, Scottish Government decided that the development should go ahead - read more. Here is a 14 March 2018 Update and a 21 March 2018 Update

Gladman's site at Barbush : This proposed development by Gladman had planning permission (12/00289/FUL). It included a supermarket, petrol filling station and office development of 3,021 sq m. Although Sainsbury has been linked to the site, there is no confirmation as to the identity of the supermarket chain or to a date for starting on site.

In November 2016, Gladman submitted a new planning application ref 16/00774/PPP for 80 homes across the whole site.  It now seems likely that there will be no supermarket and no petrol station at Barbush. Update This planning application was approved in April 2017 - read the Stirling Observer article

Hillside, Dunblane : In April 2016 Arnbathie Estates submitted a planning application ref 16/00251/FUL for the erection of 129 dwellings and associated infrastructure on land adjacent and West of Hillside Farm Steading Dunblane. The applicants appealed to the Scottish Government on the basis on 'non determination' by Stirling Council and a decision is awaited. Read the views of the Community Council. In September 2017, Scottish Government decided to reject the applicants' appeal in relation to non determination of the planning application by the Council - read more.

Kippendavie PAC : Kippendavie PAC : 13/00453/PPP : Kippendavie Group Trust conducted pre-application consultation for a mixed use development comprising the Sheriffmuir Park Centre including garden centre, heritage centre, rural offices, biomass heating system and Sheriffmuir Park housing, to comprise 165 residential units of mixed use tenure at Land Adjacent To North East And South Of Kippendavie Mains, Kellie Wynd, Dunblane. The project was to  be phased over a period of up to 10 years.' The application was refused in December 2016.

Dunblane is served by the Scottish Fire and Rescue Service's East of Scotland HQ.  The fire station is located on Anderson Street.

The fire station in Dunblane has been operating since April 1954 but was refurbished and extended in 1994. The Station Manager has responsibility for the station and its crew of seven retained firefighters, two Crew Managers and a Watch Manager. There is one fire appliance stationed in Dunblane, along with a 4x4 vehicle that tows an off-road all-terrain vehicle.

The Scottish Fire and Rescue Service provides free home fire safety checks - for further details, please visit www.firescotland.gov.uk where you can find lots of useful advice on fire safety and prevention, plus details of the Dunblane station.

Remember, for all emergencies, dial 999.

The Dunblane Police office is on the Perth Road; it serves the communities of Dunblane, Bridge of Allan and the University.

Information on local policing priorities can be found on Police Scotland's pages for Dunblane and Bridge of Allan.

For non-urgent crime, you can contact the local police office by telephoning 101.
In an emergency always dial 999.

Stirling Council is the local authority covering Dunblane, where there is a Local Office

Within the myStirling section of the Council website, you can control what information you want to receive, when and how.

Dunblane's Library is accommodated in the historic Institute Building in the High Street. It was constructed in 1908.

Access : The building has one disabled parking space immediately adjacent to the building. It also has a wheelchair ramp to the entrance.

Contact :  This email address is being protected from spambots. You need JavaScript enabled to view it. 01786.823125 The Institute, High Street, Dunblane FK15 OER

Free Internet access is available at the library and we have 12 public access terminals. A terminal can be booked in advance and each user is entitled to two hours use per day. In addition to the Internet, you can use the library PCs for word processing, e-mailing and accessing our wide range of on-line databases. The library also holds regular I.T. & ME sessions, for more details click here

Exhibitions : The Library holds regular exhibitions in the View Gallery.

Toilets : The building is one of the town's Comfort Partners.

These pages include Hospitals & GPs.

Other Health-related services, including Chemists, Dentists and Opticians, can be found at Health, Well-being & Caring