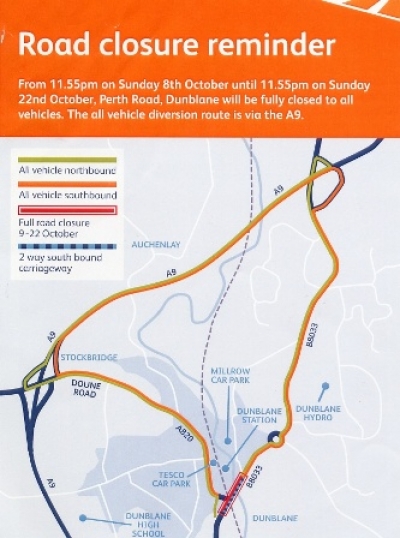 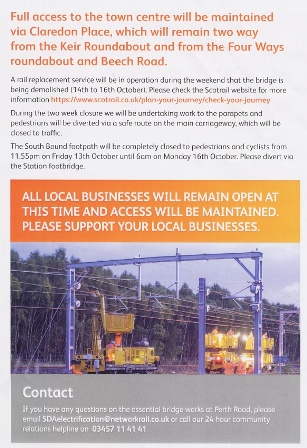 The only road bridge over the railway in Dunblane needs to be partially rebuilt.  The bridge on the Perth Road Dual Carriageway needs to be raised to allow for electric trains between Dunblane and Edinburgh / Glasgow by next year.  Engineers had previously thought that lowering the level of the track would be sufficient to install wires but due to flooding and other safety issues, they now need to raise the level of the bridge.  Updated regulations also require higher parpapets on bridges over electrified railways.

The bridge is built in two halves - the original and the new when the road was dualled. Fortunately the road no longer requires to be dualled in any case so this should allow disruption to be less.

The Kerse Road bridge in Stirling has a similar issue which means it will be closed for a year from May, following the .  Diversions to Springkerse will be in force.