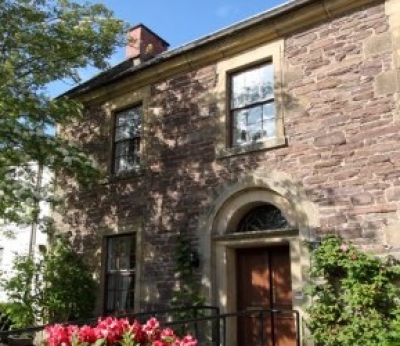 The company behind a string of popular Scottish venues such as The Golf Inn in St Andrews and the Red Brolly Inn at Balinluig is set to open a new in-house brasserie at the Old Churches House hotel in Dunblane in partnership with well-known chef Kenny Wilson.

Owner and Managing Director of Fusion Group Alex McKie has forged a new business partnership with the TV chef who runs Juniper Bar & Restaurant in Tillicoultry with his wife, Marie Claire. The new joint venture is dubbed ‘Juniper at Old Churches House’ and will open its doors to the public on 1 August 2017 – replacing existing eatery the ‘Dunblathian’ brasserie.

McKie, who is the entrepreneur behind the rebirth of Old Churches House – formerly Scottish Churches House, a multi-faith Ecumenical centre – revamping it into a cosy hotel brasserie and events space in 2013.

He said: “We are hugely excited to announce that Juniper is coming to Old Churches House. It was very much a meeting of minds when, as two existing businesses operating a short distance away, we found one another and realised that it would be mutually beneficial to form a partnership.

“This not only breathes new life into our food offering as a busy hotel and events venue in one of the most vibrant ‘foodie’ parts of Scotland, but also enables Kenny and Marie Claire to open a second outlet of their successful Juniper concept.”

His new-found partner, Wilson, appeared in 26 episodes of STV’s Square Meals series.
He said: “It’s great news for us, with this major opportunity to expand and grow our restaurant concept coming along at just the right time. We are busy finalising the new menus for Juniper at Old Churches House and look forward to customer feedback once we start serving our new Dunblane clientele. We are also looking at potential new suppliers across Perthshire.”