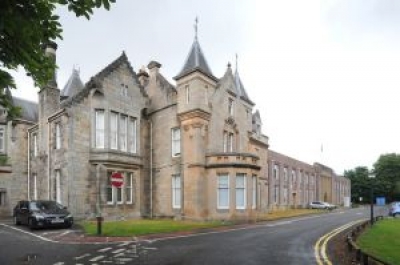 A public hearing will be held onTuesday 25 April 2017 at 1400 in the Cathedral Halls?  This is aboutAllanwater Development’s attempts to build on the top of Holmehill.http://www.holmehillblog.org/wordpress/?p=2439

On 2nd March 2017 Stirling Council’s Local Review Body rejected Allanwater Developments’ two appeals against the Council’s Planners.   Allanwater had put forward two plans for the same spot on the top of Holmehill: one for a luxury private house and the other for an office block.   These were originally rejected last year; yesterday the Council’s Local Review Body confirmed these rejections.

In presenting their decision, members of the LRB noted that planning decisions have to reflect the policies currently in force.   This once again underlined two key points: firstly that although a mansion was demolished on the site 37 years ago, it would be wrong to build another today; and secondly that a planning agreement signed in 1987 is no longer relevant.

Read about the two planning applications

Elaine Hopley, 45, from Dunblane in Scotland, arrived in Antigua on Sunday having spent nearly two months at sea competing in the 2,000 mile Talisker Whisky Atlantic Challenge. Her time of 59 days, 19 hours and 14 minutes makes her the fastest woman to cross the Atlantic solo in the 30-year history of the race, dubbed the world’s toughest row.

Read 88 times
Tweet
More in this category: « 80 new homes for Barbush approved by Council The Braeport soon to be yours! What next? »
back to top