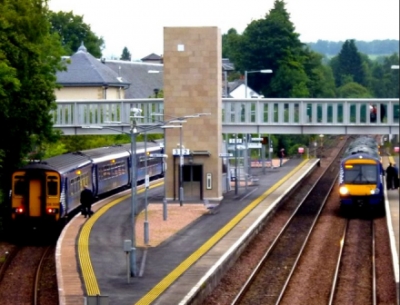 The first ever electric train arrived in Dunblane last night having completed a full speed test run,.  Electric services to Edinburgh and Glasgow are due to start on 9th December with Dunblane being the most northerly station in the country to have electric services.  See the video from Network Rail :

The new rail times for Dunblane commuters are dissappointing and the background is complex :

- This timetable introduces the Glasgow-Cumbernauld-Edinburgh service which was intended to cover the stops at Linlithgow and Polmont.  In fact the Dunblane train is stopping there - this may be due to protests or maybe an interim approach.  These stops may be removed in May (next timetable change) which would improve timings.  This was supposed to be a mitigation to the removal of the 7.23 Dunblane Express.

- At the next timetable change again in May all trains on the line will be electric and have faster acceleration.  There will now be 12 trains an hour instead of 10 through Newbridge Junction, so reliability will be an interesting challenge.

Juggling the greater number of trains on the Central Scotland triangle has required focus on the citys eg Stirling and this has resulted in the strange scenario of a quicker train from Dunblane that needs to sit at Stirling for a significant number of minutes.

.From the Stirling Observer 21 November 2018 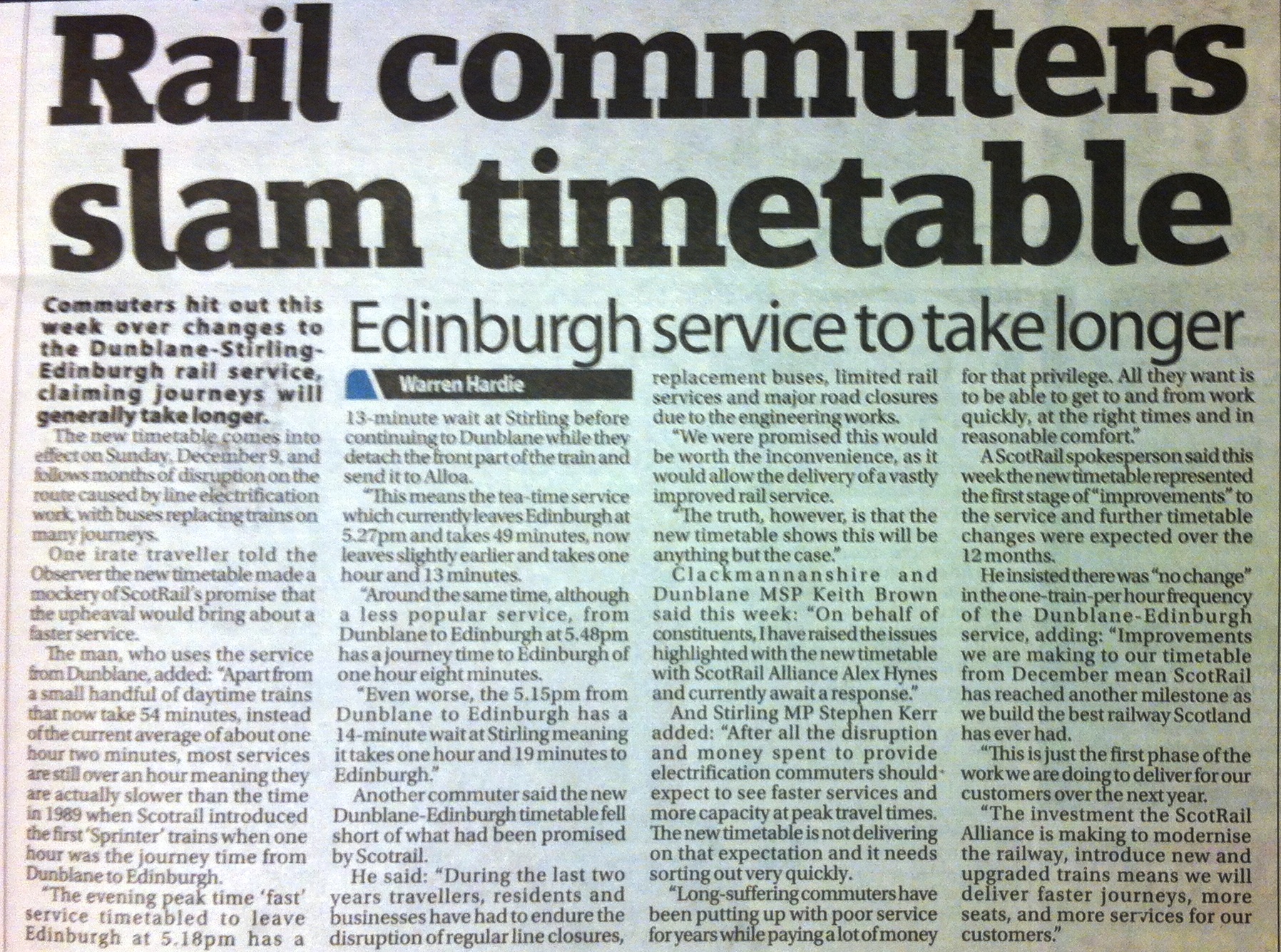